The place of Bastille

surmounted by the famous Genie of Liberty,

A UNIQUE SITE FULL OF HISTORY

But it is for another revolution that the place is well known: that of 1789. At that time, it was occupied by the Bastille prison, a symbol of the absolute power of the Ancien Régime. Of this jail, destroyed shortly after the French Revolution, nothing remains.

Today, the square serves as a setting for major popular events and a key meeting point for night owls who frequent the bars and restaurants around, especially those on the nearby rue de la Roquette. The square is also the starting point for a stroll on the Faubourg Saint-Antoine, on which we set off to discover picturesque courtyards and passages: passage du Chantier, court of the Gold Star, court of the Three Brothers.

In the square there is also the Opera House designed by architect Carlos Ott, this marvel of modern architecture with transparent facades. During the day, it is possible to visit the public foyers, the exceptionally sound hall and the backstage.

Continue the Tour of Paris with the Eiffel Tower and rent a cheap room with Hiporesa.com 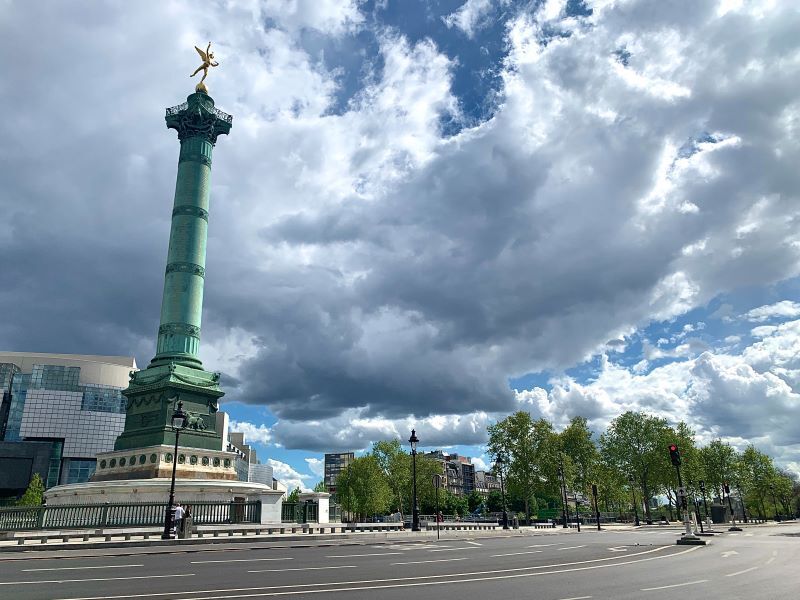